Why biometrics will be the key to mobile payments adoption


Why biometrics will be the key to mobile payments adoptionPublished: 2014.11.05

How long does it take a consumer to swipe their credit card at the point of sale? Two seconds? Five seconds?

How long does it take a consumer to enter their password into their mobile phone to make the same payment at the point of sale?

Until making a mobile payment becomes faster than using a credit card, mobile payments will be stuck in low gear. And the key to making mobile payments fast is to use biometrics to solve the authentication problem and eliminate the need for consumers to enter a password. Widespread adoption of biometrics -- whether its face, fingerprints, hand geometry, handwriting, iris, retinal, vein, or voice -- is the tipping point for mobile payments.

We often think of biometrics as being leading technology, but in fact, biometrics has been around since 1858 when Sir William Herschel used handprints to identify Civil Service of India employees from others who might claim to be employees on payday. And consumers are becoming more comfortable with biometrics in the form of voice and fingerprints. Research firm Frost and Sullivan estimates that the number of global biometrics smartphone users will reach 471.11 million in 2017.

Not all types biometrics will enjoy widespread adoption. For example, it’s unlikely that consumers will adopt retinal scanning. Consumers are happy to swipe a finger or two or speak to their mobile device; fewer would be comfortable looking into a retinal scanner—even if the scanner doesn’t actually touch their eye.

Thing is, consumers want to use their mobile device for payments. According to Pew Research, 90% of U.S. adults have a mobile phone, 58% have smartphones and 42% have tablets. An Accenture survey revealed that 71% of in-store shoppers are interested in paying by mobile phone but only 9% of retailers have mobile wallet capabilities. Even though users must access and log in to the Starbucks payment app, the coffee titan reports that 15% of its in-store transactions in the U.S. are mobile payments.

The banking industry is experimenting with biometrics and payments. In February, U.S. Bank announced that employees are piloting software that allows them to use their voice to login and access a credit card account on a mobile device.

Barclays recently announced the Barclay’s Biometric Reader for its corporate banking customers in the U.K. beginning in 2015. The reader uses Finger Vein Authentication Technology (VeinID) from Hitachi to allow users to scan their finger to authorize payments and access online accounts. Apparently, vein patterns are more difficult to spoof than even fingerprints.

Along with the launch of iPhone 6, Apple announced Apple Pay which uses near-field communication (NFC) and Touch ID, a fingerprint sensor to authenticate purchases. Users can enroll multiple fingerprints. Credit card information will be stored in the iPhone’s PassBook app. On the heels of the Apple Pay unveiling, U.S. Bank announced that U.S. Bank consumer credit and debit cards will be integrated into to the iPhone 6, 6 Plus, and Apple Watch. U.S. Bank expects to launch the service later in the fall.

By 2019, Frost and Sullivan predict that biometrics will be considered a mature technology that will naturally migrate to mobile devices. 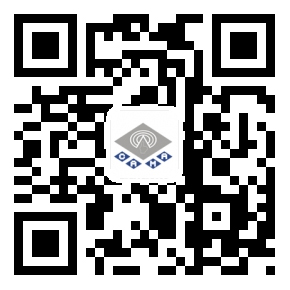